I got my 3d printer up and working today. A huge thanks to Made in Space (www.madeinspace.us) for designing, printing and sending me the replacement part I needed. They have been helping me me get set up for 3d printing on simulated Mars since they will shortly begin printing on the international space station. I made a quick trip to San Jose to visit Made in Space and they were able to give me an intro to the 3D printer I bought which allowed me to get started right away after getting the part I needed. It had been a frustrating week, unable to use my new cool tool for lack of a square centimeter of plastic that broke during shipping.

The first things I printed were a hook for the edge of our shelves and because I’m a huge Futurama/math nerd a die that appears in one of the Futurama movies for all of 5 seconds.

Both parts turned out great. The shelf hook fit perfectly. The die, which was really a test of the level of detail that my Up Mini can reproduce, had all but the smallest details come out perfectly.

We also got a new, more realistic simulated space suit. Our other suits are hazmat suits which work fairly well but aren’t nearly as cumbersome as the actual thing. 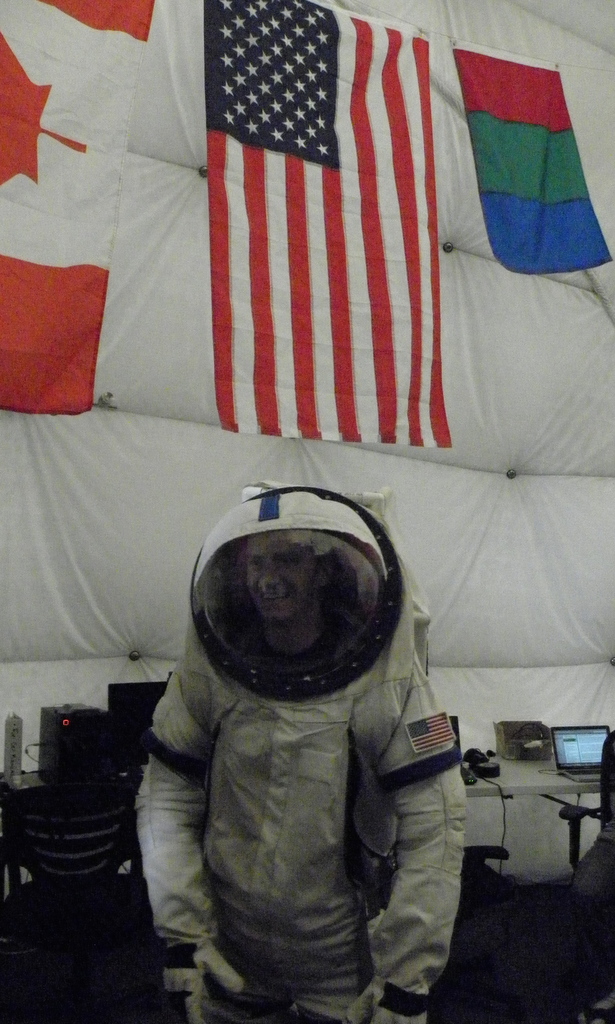